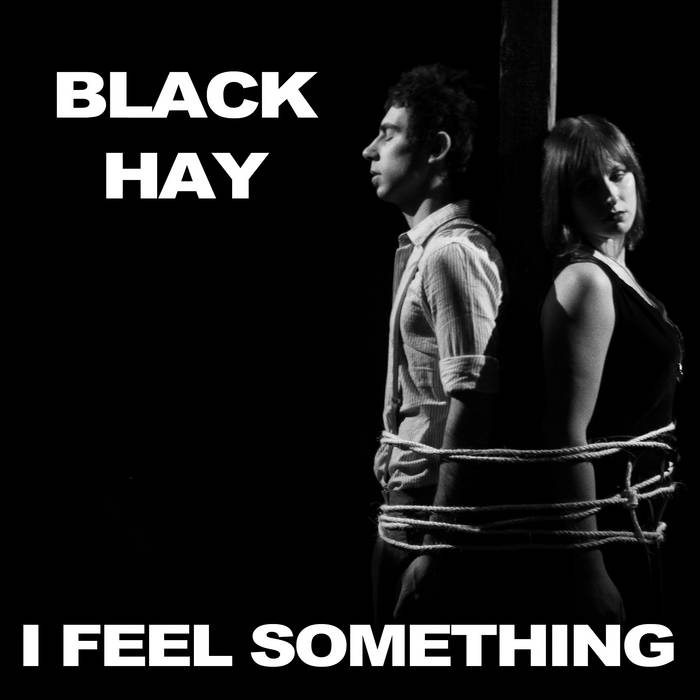 First single from the debut album 'Romantic Music For Perverts'.

One kiss and my neck hairs stand up and I

Your bones were made for jumping and I

I’m going to do things to you, you haven’t got names for
You can make me earn my grin
I want to run my wicked tongue along every inch of your petal skin

Right now you couldn’t scrape the filth from my mind

"The dark-hearted gothic-country of Black Hay makes a welcome return with the release of forthcoming single, I Feel Something.
It is the first single from forthcoming debut album Romantic Music For Perverts and delivers a pleasingly ominous countrified twang amidst appropriately lusty lyrics. Imagine if you will the Kills playing the Moonlite Bunnyranch in Nevada…" – Mad Mackerel

"I’m loving the deep-throated, twisted rock ‘n’ roll vibes of this track from London-based Black Hay, which oozes with raw magnetism, manifested in captivating claps and infectious riffs. While they’ve been compared to the likes of Nick Cave and Mark Lanegan, I’m hearing hints of The Kills in here, along with Edwyn Collins’ “A Girl Like You”, which I love." - Marietta, crackedwax.com

Having been described as "A baby Nick Cave", "A voice you'd roll over in bed for" and "Worse than Leonard Cohen", Black Hay’s music fits comfortably under the description ‘Romantic Music for Perverts’, covering as many of the songs do, a sense of both lust, physicality, as well as outsider perspective. ... more

New sounds from Mavi, Ivy Sole & Moderator, plus AJ, the One joins the show, for her latest release